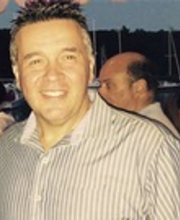 Dr. Dennis Dallaire received his PhD in political science and his Master of Public Administration (MPA) degrees from the Department of Political Science at Northeastern University in Boston. He also earned his Bachelor of Science, Summa Cum Laude, from the School of Criminology and Criminal Justice at Northeastern. Professor Dallaire’s areas of research include American government/politics, elections, and public administration. Prior to teaching, Dennis worked throughout the federal, state, and local levels of government. He worked for the U.S. Department of Justice in Washington, DC; the Massachusetts State Senate in Boston; and for the Mayor’s Office in Los Angeles. As a political candidate, he has also run competitive campaigns for public office at both the state and local levels in Massachusetts. Born and raised in New Bedford, Massachusetts, he is the first in his family to go to college and to then earn a PhD. He has taught courses in political science and public administration at several colleges and universities. Dennis truly enjoys working with students; blending clear instruction, humor, and unlimited access for those needing further assistance in understanding course material.