PARASITE follows a poor family who scheme to become employed by a wealthy family and infiltrate their household by posing as unrelated, highly qualified individuals. Greed and class discrimination threaten the newly formed symbiotic relationship between the wealthy Park family and the destitute Kim clan.

The Asian Studies Film Series is open to the BSU Community and the public. Classes are welcome. Part of International Education Week. 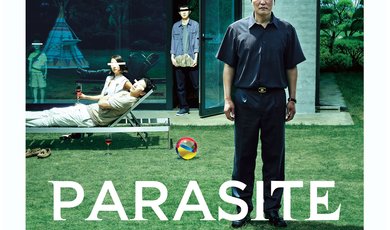