Join us for a free virtual screening of Gabrielle Rosson's short films "Get Up Eight" and "Salvation" which have screened at festivals around the country and then join us after for a virtual Q&A with the filmmaker hosted by Prof. Michele Meek in Communication Studies at BSU. RSVP to mmeek@bridgew.edu for the Zoom link.

Gabrielle Rosson was born and raised on the West Coast prior to moving to Cape Cod in 2012. She graduated Phi Theta Kappa with a degree in Liberal Arts from Cape Cod Community College in 2016 and was the student commencement speaker for her graduating class. While at CCCC, Gabrielle wrote and performed a ten-minute play called "Unhappy Endings" that would become the origins of her first award-winning short film and set the course of her filmmaking journey.

Gabrielle’s love for writing led her to Bridgewater State University, where she studied both education and English. She completed her senior honors thesis project at BSU—an original screenplay loosely based on her own experiences with addiction and recovery entitled “Get Up Eight” which she filmed and presented at the StARS research conference in the Spring of 2019 as part of a larger community effort to raise awareness about addiction and recovery. She graduated Magna Cum Laude with her English BA in May of 2019. Since then she has continued making films, including the award-winning "Salvation" and she currently works as News Director and News Anchor for Cape Media News in Dennisport, MA. She is also the creator of Cape HeART, an upcoming documentary series that will explore the social and economic impacts of living, working, and making art on Cape Cod.

Get Up Eight: When a girl with a haunted past is faced with the decision to relapse or continue working on her sobriety, she must decide if she will end up like her father or break the cycle of addiction once and for all. This is the premise of Get Up Eight, a short semi-autobiographical student film written, directed, and produced by Gabrielle Rosson for Bridgewater State University as part of her senior honors thesis project. The objective was to tackle the topic of generational addiction to break stigmas and raise awareness about addiction and recovery. It’s overall message is: Fall down seven times, Get Up Eight. No matter what–just keep going!

Salvation: Salvation is a 1950s period piece about friendship, betrayal, and revenge. When two long-lost friends reunite under strange circumstances, they’re forced to face the consequences of their past, even if it means losing each other forever. 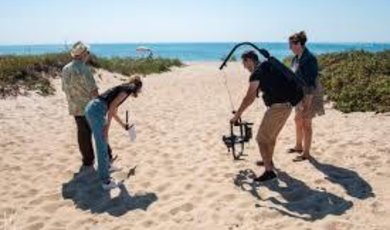