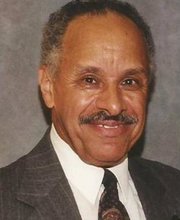 The Award is given to a current faculty, administrator, library or staff member that has been employed at least one year at BSU and has worked on behalf of students of color.

This award is granted annually to an alumnus/a who has distinguished themselves professionally and through service to BSU.

Given to a member of the Afro-American Alumni who exemplifies the ideal of "men and women for and with others," this award recognizes genuine dedication to the ideals of social justice, authentic relationships with the greater community and empowering peers to serve and/or increase awareness of injustice. 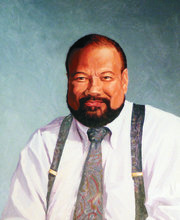 This award is given to a student and/or student group of color on the Bridgewater State University campus who has taken the initiative to address campus unity.

Please carefully review the award eligibility and criteria before making your recommendation.  A candidate may be nominated for more than one award category.  The Afro-American Alumni Executive Board and Awards Committee reserve the right to grant an award for which the candidate has not been specifically nominated.  All nominations and deliberations are kept confidential.

The Afro-American Alumni Association solicits nominations for the awards from all members of the Afro-American Alumni community, Bridgewater State University faculty, and administration.  The Awards committee reviews the materials submitted on each candidate and selects those candidates who are deemed most deserving of recognition and whose achievements most closely fit the category for which they have been nominated. The committee often invites consulting members to assist in its deliberations. All deliberations are kept confidential.

Nominations are accepted year round. Read the awards criteria and eligibility requirements before making your recommendations.  A candidate may be nominated for more than one award category, and the selection committee reserves the right to grant an award for which the candidate has not been nominated. When submitting a nomination, follow these guidelines:

To be eligible for nomination, candidates must meet the following requirements of the Award criteria:

Though not required, the selection committee encourages you to submit additional supporting materials to help illustrate the scope of your candidate’s achievements.  A strong nomination includes multiple letters (two or more are recommended) and documents of support, including press and biographical information on the nominee. Examples include a photo, résumés, CVs, book reviews, news articles, etc.

The quality of the information given is more important than the relative prominence of the writer. Possible contacts include professional colleagues, former students, friends, or fellow volunteers. Letters that comment knowledgeably on the impact of the individual's specific achievements are the most important and helpful. Please share the criteria for the award and the suggested list of questions found in the nomination form with those who are writing letters in support of your candidate.