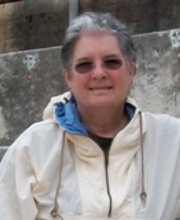 Dr. Faiman-Silva has taught at Bridgewater since 1985. As a cultural anthropology generalist, her favorite courses include Anthropology of Women, Gender, Folklore, Native North America and Latin America, and the Anthropology of Education. Her book Choctaws at the Crossroads: The Political Economy of Class and Culture in the Oklahoma Timber Region (U Nebraska 1997) was named in 1997 as a finalist for the C. Wright Mills Award by the Society for the Study of Social Problems. Her most recent book, "The Courage to Connect: Sexuality, Citizenship, and Community in Provincetown" (U Illinois 2004), analyzes the relationship between gays and straights in that resort community. Dr. Faiman-Silva has published articles on Indian gaming, youth and culture, and her Provincetown research in the American Indian Culture and Research Journal, Anthropology and Education Quarterly, and The Gay and Lesbian Review. She received Bridgewater State University's Jordan D. Fiore Prize in World Justice in 1997 and the Class of 1950 Distinguished Faculty Research Award in 2003 for this research. Dr. Faiman-Silva is a campus and community activist and serves as Grievance Officer and Secretary of the Bridgewater State University -Massachusetts State College Association (MSCA) Chapter, an NEA affiliate. She lives in Falmouth, Massachusetts, where she is active in the town's "No Place for Hate" campaign and in other peace and justice causes.