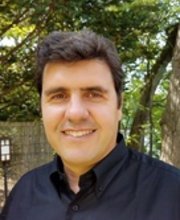 Dr. Poliandri is a cultural anthropologist specialized in Native American Studies. He holds a PhD from Brown University and is an elected member of the Phi Beta Kappa Society. He has conducted ethnographic fieldwork among the Mi’kmaw people of the Canadian Maritimes since 2000, working on issues of traditionalism, contemporary identity dynamics and, recently, Aboriginal nationhood and nation-building. His monograph First Nations, Identity, and Reserve Life: The Mi’kmaq of Nova Scotia was published by the University of Nebraska Press in 2011. His second book, an edited collection on the recent developments of Native American nationalism and nation-building, was published in the SUNY Press “Tribal Worlds” series in 2016. Dr. Poliandri has publications in academic journals and edited volumes on several topics, including social science research methods, Mi’kmaw residential school experiences in the twentieth century, contemporary Aboriginal maritime harvesting, and Native American ethnohistory. He is an Editorial Board Member for the series “Ethnographie Americane” published at the University of Rome “La Sapienza,” Italy. He teaches introductory and upper level courses in the social sciences and Native American Studies. He also coordinates the American Studies program. Dr. Poliandri plays acoustic guitar and soccer, and goes sailing for recreation. He lives in Massachusetts with his wife and daughter.