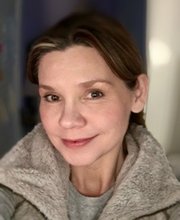 Dr. Kathleen Vejvoda specializes in Victorian Studies and Irish Studies, teaching courses in the Victorian Novel, Victorian and Edwardian Children’s Literature, and the Ghost Story as well as seminars on the Brontës, George Eliot, and Charles Dickens. Her scholarly essays have appeared in journals such as Victorian Poetry, Victorian Literature and Culture, and Irish Studies Review, and she has contributed essays to two major collections on Irish cinema, Screening Irish-America and Ireland and Cinema: Culture and Contexts.

Dr. Vejvoda has also published poetry, memoir, and short fiction. “The Death Knock,” an excerpt from a memoir in progress, appeared in New England Review and was selected as a Notable Essay of 2013 in The Best American Essays 2014.

After founding the Childhood Studies program, she worked with colleagues to develop it into one of the largest interdisciplinary minors at BSU. Childhood Studies is now BSU’s first interdisciplinary major. Dr. Vejvoda has received numerous teaching awards, including the Outstanding Honors Faculty Award and the Presidential Award for Excellence in Collaboration to Improve Teaching.​

Irish Cinema and Folklore
Victorian Fiction with an emphasis on the Brontes, George Eliot, and Dickens
The Ghost Story and Horror Film
Religion and Literature
Disability Studies