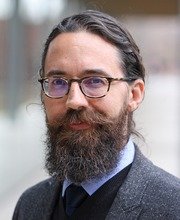 Research and Teaching Interests:
Literature of the Ancient World; Classical Tradition in English Literature; Bible as Literature; Religion and Literature

Review of Thomas Arentzen, The Virgin in Song: Mary and the Poetry of Romanos the Melodist in Journal of Late Antiquity 11.1 (2018)

"Imagining what Eve would have said after Cain's murder of Abel: rhetorical practice and Biblical interpretation in an early Byzantine homily" in Bridgewater Review, 31.2 (2012).​​

Review of "The Cambridge History of Early Christian Literature" in Religion and Literature 42.3 (2010)