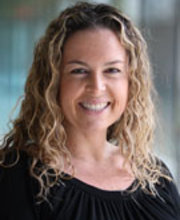 Dr. Ellen Scheible's research interests include Irish Studies, British modernism, modern gothic fiction, the domestic interior, motherhood, and the postcolonial body. In her current work, Dr. Scheible explores representations of gender and sexuality within the discourse of homes and homelessness in Irish fiction, the role of homemaking in configurations of the nation in twentieth-century writing, and the influence of the gothic tradition on modern subjectivity.

Dr. Scheible was a Moore Institute Visiting Fellow at the National University of Ireland Galway (2016). Previously, she was awarded a Marion and Jasper Whiting Foundation Fellowship to support research in Dublin (2014). She is the coordinator of the Bridgewater State University Irish Studies Program and a Commonwealth Honors Faculty Fellow in the Honors Program. She has published on Oscar Wilde, James Joyce, and others. She is co-editor of Rethinking Joyce's Dubliners (Palgrave 2017). Dr. Scheible is also a former Editor of Bridgewater Review and former President of the New England branch of the American Conference for Irish Studies (NE ACIS).

2014 "Imperialism, Aesthetics, and Gothic Confrontation in The Picture of Dorian Gray" in New Hibernia Review 18.4.

2014 "'Call her calamity electrifies man': ALP and the Movement of Archive in Finnegans Wake in Hypermedia Joyce Studies v.13.

2010 "The Bog Gothic" in The Cracked Lookingglass: Highlights from the Milberg Collection of Irish Prose Writers. Princeton: Princeton University Library.