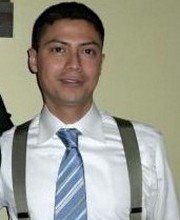 José I. Lara is an Assistant Professor of Spanish. For over 13 years, he has taught numerous culture, language, and literature courses in both Spanish and English. He received his doctoral degree in Hispanic Studies and Latin American Cultural Studies from Georgetown University. His research interests include the Culture & Science of Race in the Americas; the Relationship between Race, Power & Nation in Latin America; Colonial and Modern Cultural Production in America; and African Diasporas in Honduras. His teaching interests include Spanish language, at all levels, Spanish for Heritage Speakers, Spanish for the Professions, Latin American Culture & Literature, and the use of Virtual Reality in the classroom.