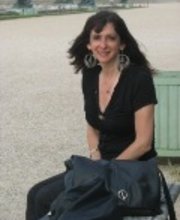 Dr. Leora Lev contributed several essays and an interview with filmmaker John Waters to Enter At Your Own Risk: The Dangerous Art of Dennis Cooper (Fairleigh Dickinson University Press, 2006), an anthology she also edited, and which was reviewed as "a knockout book" by internationally-acclaimed writer Scott Heim and won the Bridgewater Distinguished Faculty Research Award. She has also published, internationally, essays, book chapters, and encyclopedia entries on Hispanic cinema, European art and fiction, and transgressive aesthetics; an exhibit catalogue (Kavi Kupta Gallery); and New York Times editorials. She has been interviewed by the New York Times and the Village Voice, and was an invited speaker at symposia in Abu Dhabi, Ireland, France, and at NYU and the University of Pennsylvania. Dr. Lev teaches art history in Paris in the summers.