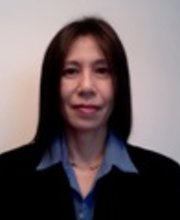 Minae Yamamoto Savas is Associate Professor of Japanese Studies. She received her Ph.D. in East Asian Languages and Literatures from The Ohio State University. Prior to joining BSU, she taught at Colgate University and Hamilton College, where she offered courses on Japanese literature and culture as well as Japanese language. She also taught Japanese in the Summer Immersion Program at Middlebury College. She is an Associate in Research at Edwin O. Reischauer Institute of Japanese Studies at Harvard University. She writes on various themes in Noh and Kyogen, two distinctive forms of traditional Japanese performing arts, as well as the influences of Noh on other art forms. Her primary research interest lies in the dynamic nature of traditional Japanese theater that comes together as negotiations between forces and perspectives in the political, cultural, and aesthetic realms.