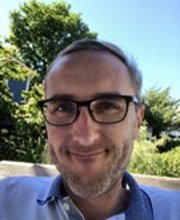 James Pearson is the philosophy department’s specialist in analytic philosophy, an approach which focuses on scrutinizing the logic and language of philosophical arguments. His recent work has examined the history of explication, which is a process by which inquirers construct precise, new concepts to replace old, vague ones. He has published articles in such venues as The Monist, Journal for the History of Analytical Philosophy, and Social Theory and Practice. In addition to teaching Symbolic Logic each semester, Professor Pearson offers classes in epistemology, metaphysics, philosophy of language, and 20th Century philosophy.