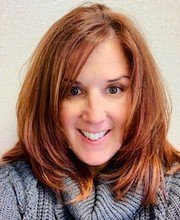 As the daughter of a mother who immigrated from Ireland and a father who is first generation Irish American, Maureen Ward was immersed in Irish culture throughout her childhood; learning of the many hardships and celebrating the many triumphs the people of Ireland experienced. She developed a core belief that people, and societies, have the capacity to rebuild and grow from adversity. When obtaining her BA; concentration Sociology/Social Services from UMASS Dartmouth, Professor Ward studied abroad with the goal of enhancing her education on human behavior in relation to the social environment. Backpacking through Europe, she found herself walking alongside the Berlin Wall, flooded with inspiration in response to the artistic expressions of resiliency and hope the people created on this former symbol of oppression. Compelled to pursue a career that focused on improving the well-being of people and societies, Professor Ward attained her MSW from Boston College in 1999, acquiring her LICSW in 2002. She has enjoyed a versatile career, assuming various roles as a clinical director, as a private practitioner and as a consultant. In 2015, she was awarded an “Excellence in Field Instruction Award” from Boston University School of Social Work. Prior to being hired at BSU, Professor Ward experienced the joy of teaching and advising students in her roles as an adjunct professor and field advisor for the Boston College School of Social Work.