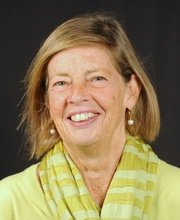 Carolyn Masshardt's career in social work began before she could have known what a professional choice was. Growing up in Worcester she learned early on about urban life, diversity, social justice and the gift of close proximity to neighbors. As the daughter of a single mother, rare at the time, and niece of a principal and grandchild of a clergyman and writer, Professor Masshardt and her brother navigated varied social terrains. Through this, they developed a rich sense of community that has invigorated life since.

Professor Masshardt's first job was a dry cleaner working alongside immigrants without a high school education who supported their families. She learned courage from them and leadership from the owner who supported inclusiveness and fair play. Later, she worked at a host of social service agencies. This led to college and gradate school choices, and a decades long profession in social work leadership at McLean Hospital, community mental health centers and homelessness programs.