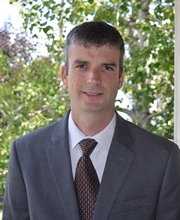 Brian Payne teaches history and Canadian Studies at Bridgewater State University (Massachusetts). He teaches courses in American labor and economic history with a specialization on the period of the industrial revolution through the Great Depression. His current research focuses on food policy, public health, and the environment from the early 1900s to the 1940s. His first book, Fishing a Borderless Sea: Environmental Territorialism in the North Atlantic, 1818-1910 (Michigan State University Press, 2006) examined how fishermen and fishing communities from both New England and Atlantic Canada navigated the complex web of international fishing treaties between the United States, Great Britain, and Canada all while adopting local customs for resource stewardship. He is also co-editor of The Greater Gulf: Environmental Histories of the Gulf of Saint Lawrence (McGill-Queen’s University Press, 2019), in which he authored an essay on how American fishing operations used the ports and harbors of Prince Edward Island to expand their control over the Gulf fisheries. Payne has also published articles in Acadiensis, Labour/Le Travail, and Agricultural History. His current research project is an examination of Canadian and American food policy with a focus on the effort to improve public health via food relief programs and the effort to create of a global sustainable food order between 1920 and 1960.
Area of Expertise