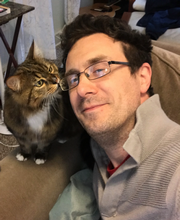 Paul Rubinson is Associate Professor of History at Bridgewater State University. He was born in Baltimore, MD, and graduated with a BA from Vanderbilt University. He served as a Smith-Richardson predoctoral fellow at Yale University International Security Studies in 2007 and received his PhD in history from the University of Texas at Austin in 2008. His current research interests focus on the relationship between scientists and the development of human rights from the 1790s to the 1970s. He is the author of Redefining Science: Scientists, the National Security State, and Nuclear Weapons in Cold War America, published in 2016 by the University of Massachusetts Press, as well as Rethinking the Antinuclear Movement, published in 2017 by Routledge. His articles have appeared in Diplomatic History and Cold War History as well as edited collections on the Cold War, science, and human rights from Routledge, Manchester University Press, and Oxford University Press.
Area of Expertise