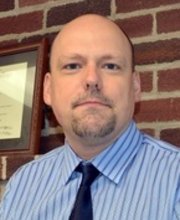 Professor Frederick currently serves as the Chair of the BSU Political Science Department. He specializes in the field of American politics. He teaches courses in campaigns and elections, public opinion, political parties and interest groups, political psychology, women and politics, LGBTQ Politics, undergraduate research methods and data analysis for public administration. His research focuses on the representation in institutions, gender in politics, public opinion and campaigns and elections.