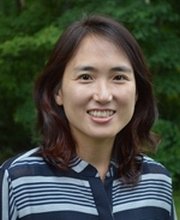 Inkyoung Kim joined the Political Science Department as an assistant professor in August 2016. She received her Ph.D. in Political Science at the University of Massachusetts, Amherst. Before coming to BSU, she taught at Clark University and Reed College. She is teaching POLI 275 Comparative Government, POLI 488 Politics in the Developing World, and POLI 475 Global Environmental Politics in fall 2016. Her research interests include regional environmental cooperation, transboundary pollution, regionalism, government and politics in East Asia, and sustainable consumption patterns. She is a contributor to journals such as International Relations of the Asia-Pacific and International Environmental Agreements: Politics, Law and Economics. She loves playing tennis and the piano.