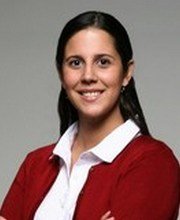 Rachel Navarre received her PhD from the University at Texas in Austin in Government and specializes in the fields of comparative politics and public policy. After completing her degree she was a post-doctoral fellow at the Center for Inter-American Policy at Tulane University in New Orleans. Her research focuses on comparative public policy, specifically issues of framing and issue definition; immigration policy and politics; regional governance; populism; and content analysis. Her work has appeared in The Journal of Politics and the Journal of Experimental Political Science. She recently co-authored Immigration in the 21st Century with Drs. Terri Givens and Pete Mohanty, and provided a chapter on US Immigration Policy in the edited volume, The Future of U.S. Empire in the Americas.