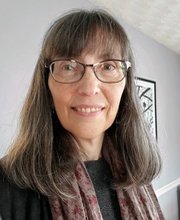 Erin O’Connor specializes in the intersection of gender with social and political history in Latin America since 1800.  A member of the BSU faculty since 2002, she teaches courses on Latin American history in both the colonial and modern periods, and world history since 1500.  She is the author of Gender, Indian, Nation: The Contradictions of Making Ecuador, 1830-1925 (Arizona, 2007) and Mothers Making Latin America: Gender, Households, and Politics since 1825 (Wiley Blackwell, 2014). She is co-editor (with Leo J. Garofalo of Connecticut College) of a two-volume document collection titled Documenting Latin America (Pearson, 2011).  She holds a PhD in Latin American history from Boston College and a BA in Latin American studies from Brandeis University.
Area of Expertise